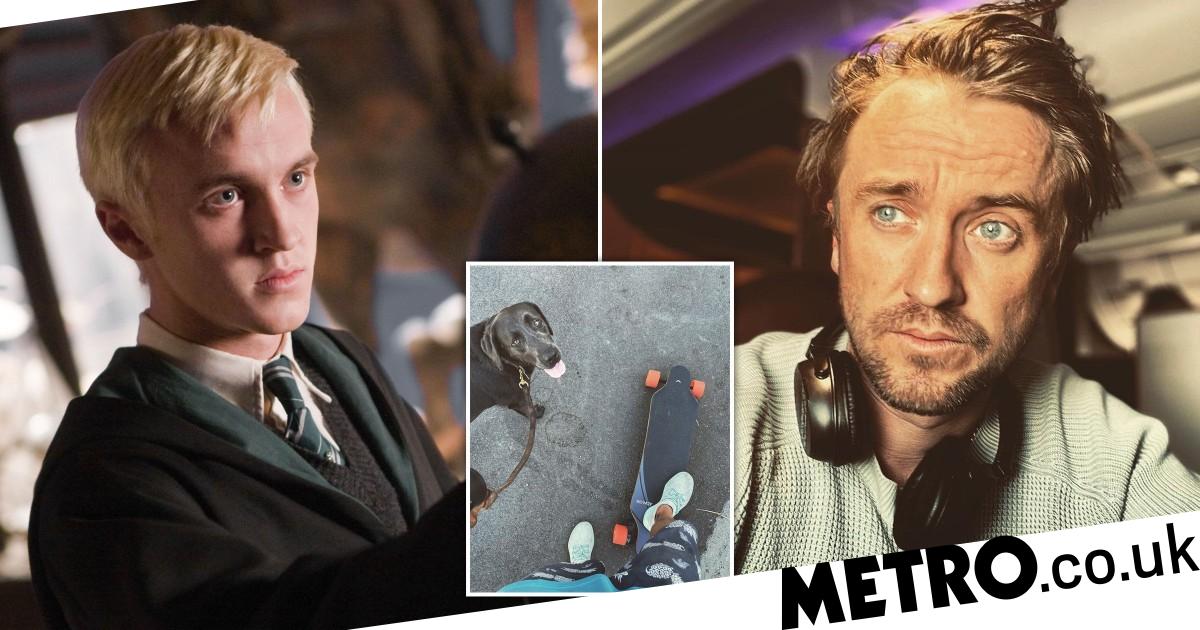 Tom Felton has admitted he caused a skateboarding ban on the set of Harry Potter, with bosses concerned he was going to injure himself.

There was nothing a young Tom loved more than skateboarding around set (we feel like Draco would not be impressed) but turns out Warner Bros weren’t too happy with his choice of transport.

‘They did have a rather stringent rule on me skateboarding around set – apparently it’s dangerous and me breaking my leg amid the film would not have satisfied Warner Brothers too much and everyone who made the film,’ Tom recalled, chatting to Metro.co.uk for the opening of the Mandrakes and Magical Creatures expansion at the Warner Bros Studio Tour.

‘So we had a slight curfew on things like skateboards and skiing, stuff like that – but it’s a small price to pay.’

Thankfully, Tom made it through more than a decade of filming with both legs intact – so we reckon the rule paid off.

Spending more than a decade on set together brought the cast together in an incredible way, and Tom, who recently admitted he almost had Dumbledore’s death spoiled for him, still feels that stars like Daniel, Emma and Rupert, are like family to him.

‘We all still hate each other,’ the 34-year-old joked.

‘We had the 20 year anniversary here at Leavesden a year or so ago, and it was lovely to see everyone. We’re exactly the same as when we left!

‘It sounds cheesy to say but we’re a family that don’t get to see each other as much as we’d like but as soon as you put us back in a room, it’s just like old times.’

Now, the Warner Bros Studio Tour in Leavesden, which has just opened its Mandrakes and Magical Creatures expansion, complete with Professor Sprout’s greenhouse, is like a second home to Tom.

‘Every time I come back it seems to get bigger and better!’ he explained. ‘Right now, welcome to Professor Sprout’s greenhouse. I think I stood here 20 years ago so it’s very cool to walk back here and see it so well preserved.

‘It’s literally a blast from the past, it’s like walking back into your school dormitories – a lot of memories had! This is exactly where we filmed it as well, it’s not like it’s 100 miles away.

‘If you told us then that it would still be here 20 years from now, that would have been pretty amazing.’