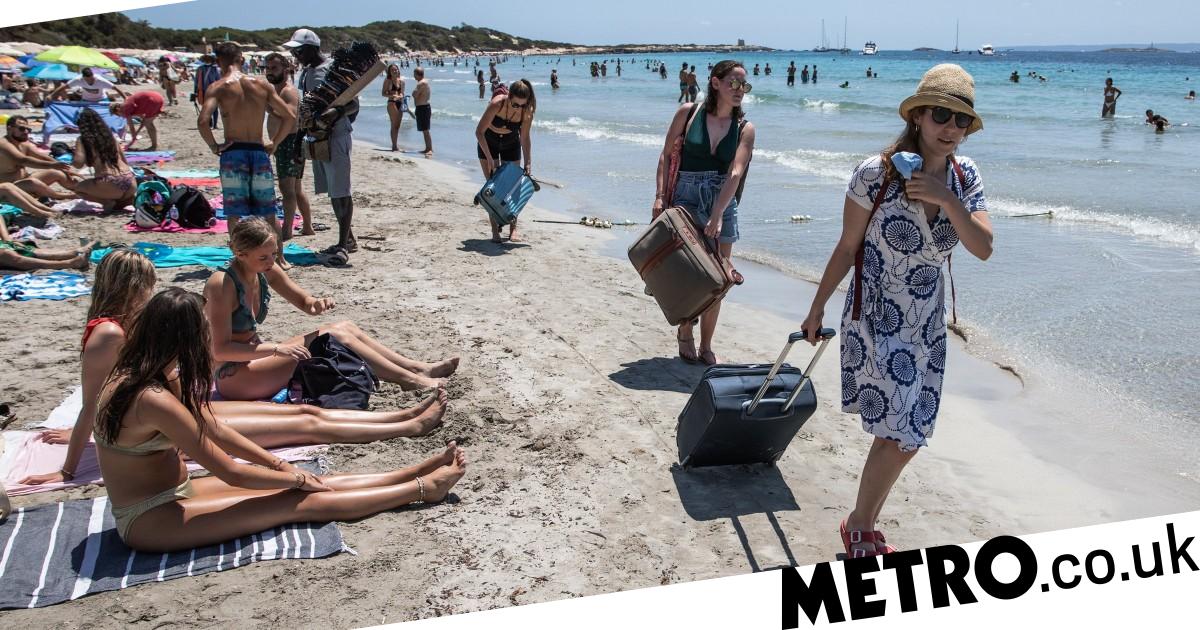 Holidaymakers who have braved chaos at UK airports over the last few months may soon not even be able to escape it once they arrive at their destination.

Cleaners in the Balearic Islands have announced an indefinite strike, meaning airports could be covered with rubbish.

The islands include popular tourist destinations including Majorca, Ibiza and Menorca.

The main two unions representing the sector – some 6,000 workers – say the walkout over pay will start on July 4.

It will affect all airports and ports in the Balearic Islands, as well as hospitals and office blocks.

The new industrial action comes on the back of strike action announcements by Ryanair and easyJet cabin crew in Spain.

EasyJet workers are planning to walk out on July 1-3, 15-17 and 29-31 at the airports the airline uses as bases in Spain, which include Malaga and Palma.

The USO union, of which 80% of these employees are members, say flight attendants in Spain are demanding a 40% increase in their basic salaries.

The first three days of those protests will coincide with others called by their counterparts in Belgium, Portugal, France and Italy.

In total, 2,700 Ryanair employees in five countries will be joining the strikes.

Hauliers in Spain are also threatening strike action, raising the prospect of shortages in hotels during the peak summer season.

Hotel bosses admitted stocks were running low in March during a previous lorry drivers’ strike and supermarkets were left without products including fresh meat and fish towards the end of the three-week industrial action over high fuel prices and poor working conditions.

The Platform for the Defence of Freight Transport, which is not affiliated to any of the main transport unions but caused major problems before the strike was called off on April 2, is planning to ballot members about a new walkout this Sunday.

Arbitrators and Spanish government ministers are expected to play a key role over the next few days to try to reverse the planned cleaners’ strike.

Barcelona’s El Prat airport, the second largest in Spain, resembled a tip in December 2016 after a five-day walk-out by cleaning staff over changes to work schedules and holidays.

One tourist described the airport at the time as ‘Post-Armageddon.’

In May it emerged British holidaymakers caught up in chaos at UK airports as they head abroad were facing long queues when they touch down at places like Palma Airport.

A police union says promised police reinforcements at the busy airport have failed to materialise and the situation has not improved in the run-up to the peak summer season.

A migrant survivor of the trailer: 'They couldn't breathe'