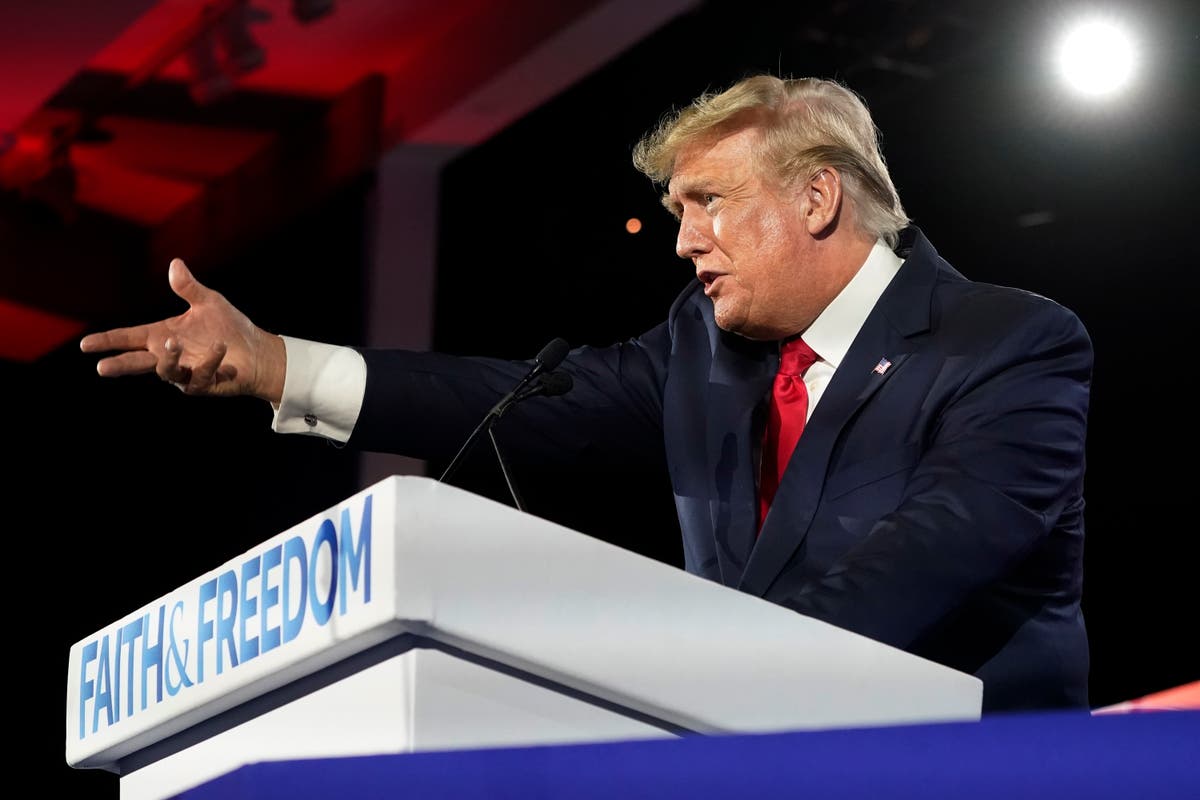 Former president Donald Trump on Friday claimed he never called Mike Pence a “wimp” after the then-vice president said he would not hijack the 6 January 2021 certification of Joe Biden’s election victory by declaring himself and Mr Trump the winners against the wishes of American voters.

“One guy got up and said that he heard me calling Mike Pence a wimp … I think they said at my desk. I don’t even know who these people are,” Mr Trump said, referring to the allegation made by Nick Luna, his former “body man”, in a sworn deposition with the House January 6 select committee.

The excerpt of Mr Luna’s deposition was made public as part of the select committee’s presentation of Mr Pence’s movements before and during the Capitol attack, when a mob calling for the then-vice-president to be hanged stormed the Capitol in hopes of stopping Congress from certifying Mr Biden’s win.

Mr Luna was not the only ex-Trump White House official who said Mr Trump reacted negatively to Mr Pence’s declaration that he would not go along with a plan that would’ve seen him unilaterally reject electoral votes from swing states won by Mr Biden on the grounds that the election had been tainted by fraud.

Julie Radford, who served as chief of staff to Mr Trump’s daughter and senior adviser Ivanka Trump, told the panel that Mr Trump used a different word – “p***y” – during a phone call between the two men just before Mr Pence went to the Capitol to preside over the joint session of Congress.

Because both spoke to the panel under penalty of perjury, they could face prison time if they are found to have lied during there testimony, making it unlikely that Mr Trump was telling the truth.

The ex-president devoted a significant portion of his remarks in Nashville to attacking the investigation into the riot carried out by his supporters. He repeatedly told attendees the probe being overseen by the select committee was a “hoax” because the panel includes Democrats who previously investigated his campaign’s ties to the Russian government.

He complained that the select committee “refuses to play any of the tape of people saying the good things, the things that we want to hear” and cited the lack of “good things” being said about him as evidence that the investigation is “rigged”.

Just moments after he denied calling Mr Pence a “wimp,” Mr Trump laid into his former Vice President as having been “afraid of whatever he was afraid of” when he followed the advice of his own attorneys who advised him that Mr Trump’s plan was illegal.

Continuing, Mr Trump downplayed the attack that cost the lives of four people — including multiple police officers — on January 6.

“If it were an insurrection that took place at the Capitol, you would have known it very soon,” said Mr Trump, who praised the rioters who smashed windows and attacked police officers as “strong people” and “great patriots”.