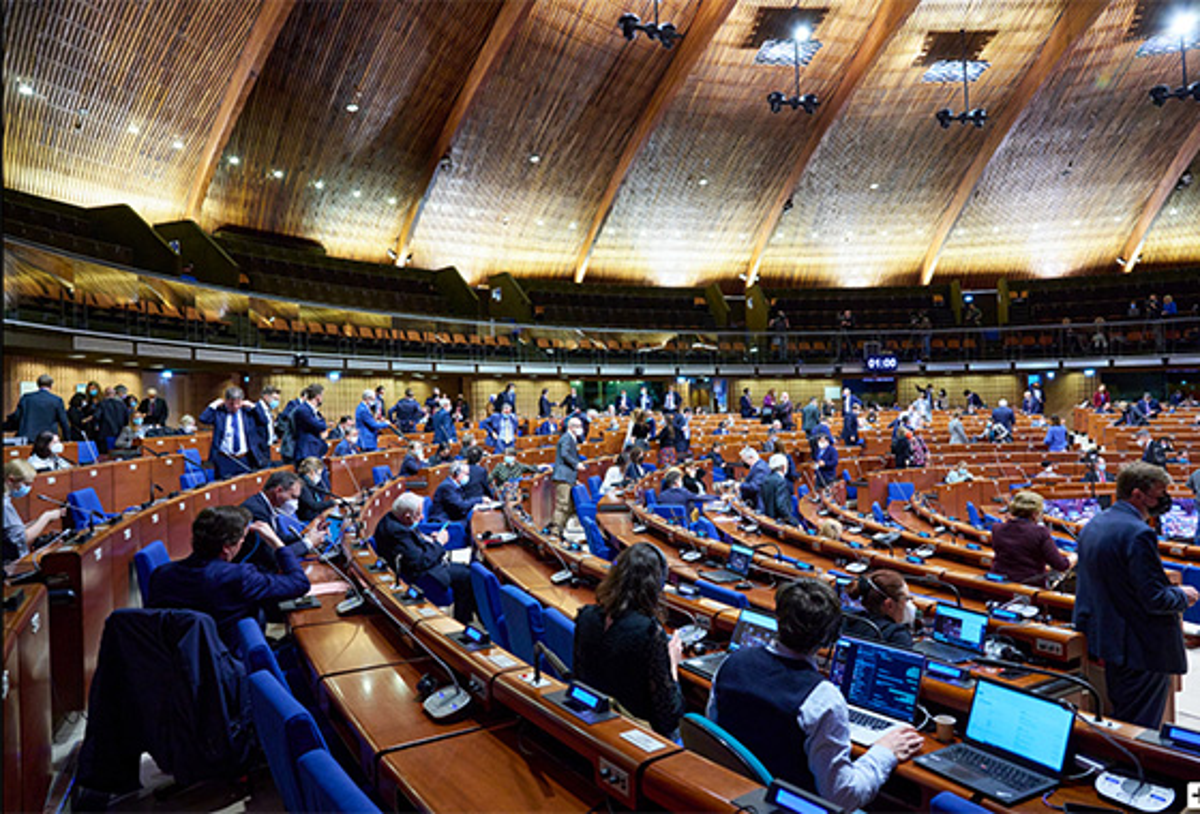 Parliamentarians from across Europe have denounced Boris Johnson’s plans to deport asylum-seekers to Rwanda as “unethical” and “racist”.

In a debate at the parliamentary assembly of the Council of Europe, delegates expressed deep concern over the Johnson administration’s apparent willingness to breach international law, and to pass a British Bill of Rights which would allow UK judges to override rulings from the European Court of Human Rights.

Speakers warned that UK actions would be used by authoritarian states like Russia as pretexts for flouting international treaties and agreements.

And German MP Julian Pahlke told the assembly that the protections offered by the ECHR were a response to the horrors of the Nazi era.

“The world learned a lesson after World War Two,” he said. “Ignoring the European Court of Human Rights is ignoring the lessons learnt.”

The debate at the 46-nation body, whose members include all European states except Russia and Belarus, has no legal effect. But comments from MPs reflected widespread concern across the continent at the Johnson administration’s actions not only on Rwanda, but also the scrapping of the Human Rights Act and the threat to override the Northern Ireland Protocol.

Icelandic MP Thorhildur Aevarsdottir said that Mr Johnson appeared to be trying to act as a “strongman”, but said his actions were in fact a “weak” response to populist pressures.

In a message to the UK on human rights, she said: “You warned others about this before. You should look in the mirror now.”

Conservative MP John Howell read a statement to the hearing stressing that the government remains committed to the ECHR and human rights.

And he said European politicians should be “wary” of information they get from the British media on the issue, claiming: “The press are not to be trusted, to be honest, in this.”

He described the Rwanda scheme as “amongst the most cynical, shameful, not to mention racist, proposals ever produced by a member state of the Council”.

French MP Bernard Fournier said the UK was following “a dangerous path” and its actions would be “instrumentalised” by Vladimir Putin to justify his own breaches of international standards.

“It is our duty to remind the United Kingdom of its treaty obligations,” he said. “What credibility would we have in the face of other member states that question decisions if we accept that one of the oldest democracies Europe should be freed from them?”

Belgian MP Simon Moutquin told the meeting the Rwanda scheme was “illegal and immoral” and “violates all rules of international law”.

And Irish MP Fiona O’Loughlin warned that if member states fail to observe international law, “lawlessness will be the rule”.

“Boris Johnson is certainly giving the impression that nothing is sacred in his view,” she said. “Not the Northern Ireland Protocol, the Good Friday Agreement, not the European Convention on Human rights, nor the European Court of Justice.”

And Italian senator Roberto Rampi recalled that the idea of the Council of Europe had first been proposed by Winston Churchill.

“This country that was a model for us… has decided to quibble with a decision taken by the court of human rights,” said Mr Rampi.

““I could understand they could speak out against it, they could question it, but you can’t adopt legislation to get round that. This decision goes against everything we’ve built together.”