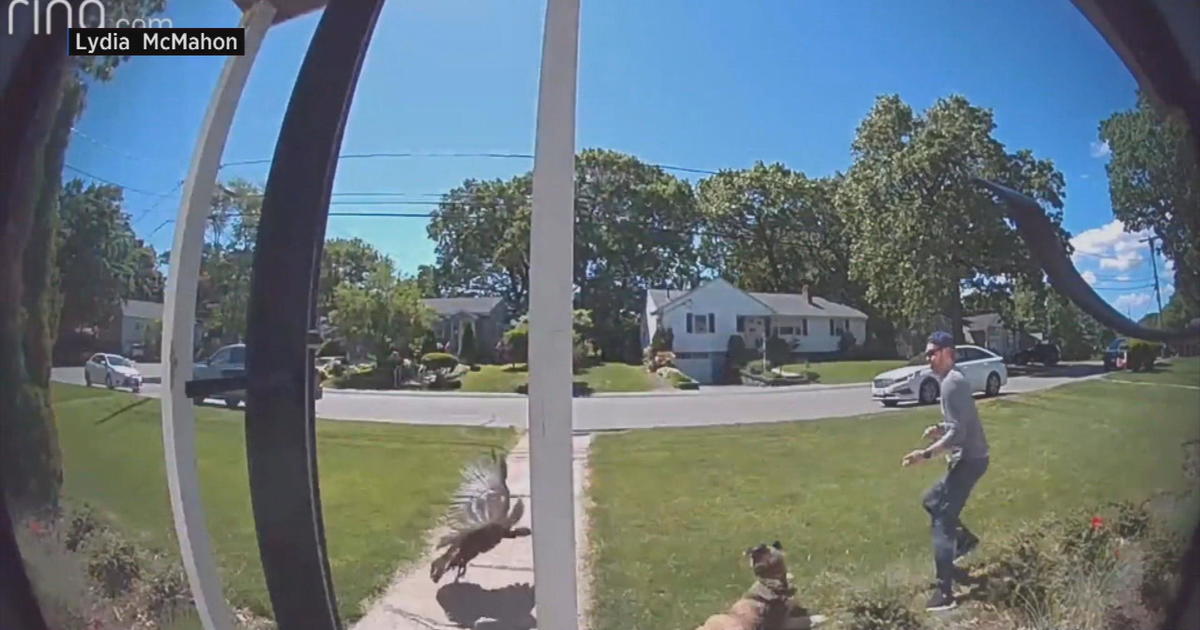 DEDHAM — A pregnant woman in Dedham was almost attacked by a turkey. Video shows the bird headed right toward the woman, her husband, and their dog.

Lydia McMahon said she went to throw something out following a family walk near their home. She noticed some baby turkeys but no mom.

She proceeded to the trash and walked away — that was when the mother turkey made her presence known.

“All of a sudden, there’s mama! She jumps right out and she scares the living heck out of my husband and my dog. And then my dog wanted to go after the turkey and actually ended up chasing the turkey pretty far away,” McMahon told WBZ-TV. “It was wild.”

McMahon said they are all OK and as a mom-to-be she would have probably reacted the same way the turkey did if someone came near her baby.

The CBS Boston team is a group of experienced journalists who bring you the content on CBSBoston.com.

US bill to fight climate change will encourage action from other major emitters: Experts

Trump raided: Everything you need to know about Mar-a-Lago