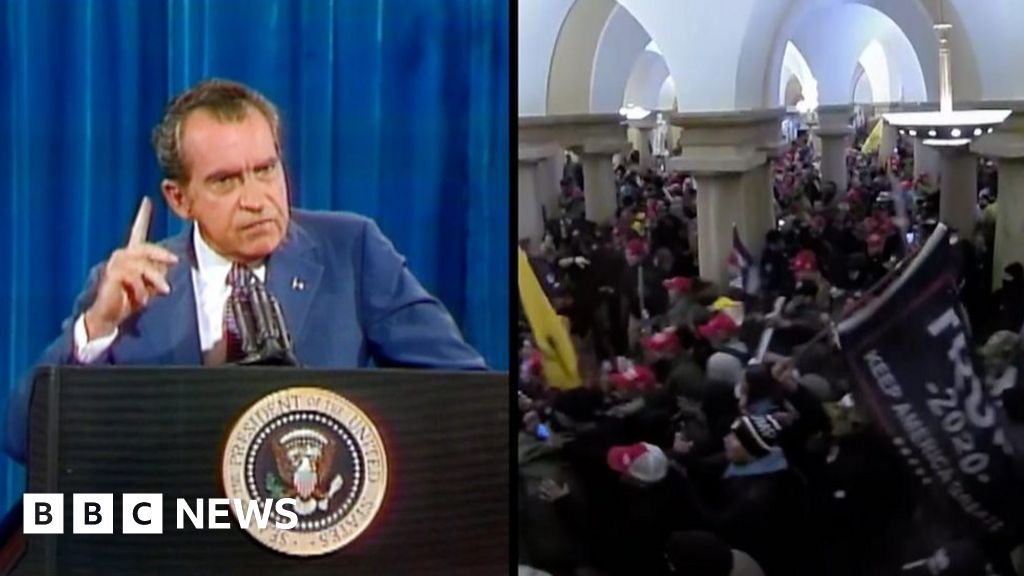 It’s been 50 years since five men with links to the White House broke into the Democratic National Committee headquarters, launching a scandal that eventually led to President Richard Nixon resigning.

The BBC spoke to Jill Wine-Banks, who was a prosecutor on the Watergate case, about what has changed since – as well as about a more recent US political scandal.