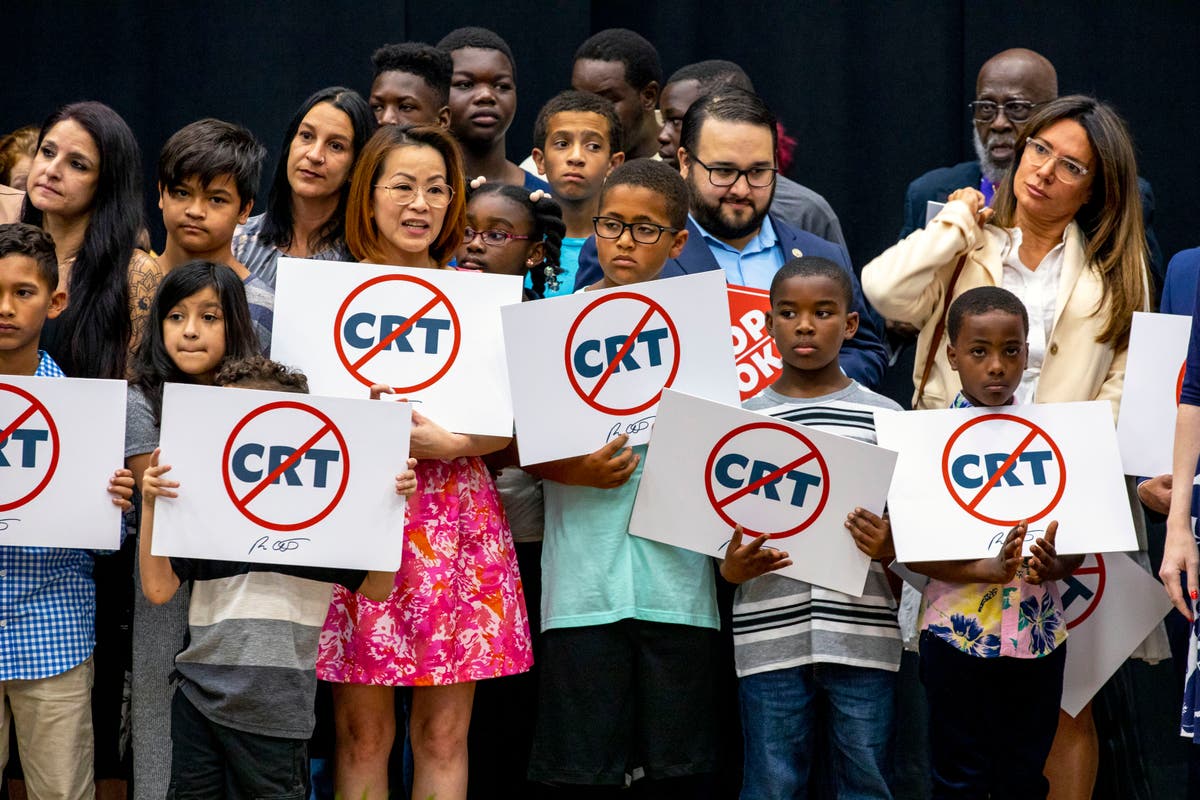 A distinguished Black educational leader was hounded out of two different Georgia school districts within months of her hiring, as conservative groups and angry white parents protested what they falsely believed was the introduction of critical race theory (CRT) into their schools.

According to a new ProPublica report, educator Cecelia Lewis was by all accounts a beloved leader throughout her educational career.

When she left a position as a principal at a school in Maryland in 2021, they created a wall to honour her, featuring her signature signoff in messages to students, “If no one’s told you they care about you today, know that I do … and there is absolutely nothing you can do about it!”

However, things took a turn as she prepared for a new job in Georgia’s Cherokee County School District, a newly created position focused on diversity, equity and inclusion (DEI) work.

The district was initially enthusiastic about the new hire, mentioning Ms Lewis’s “impressive credentials and enthusiasm for the role,” and noting how the DEI initiative in the district “stems from input from parents, employees and students of colour.”

Ms Lewis told ProPublica she began getting strange calls from district administrators, warning her not to mention CRT, a concept she had never heard of.

Critical race theory, a high-level academic concept about the influence and forms structural racism, is virtually never taught below the university level, but that didn’t stop Cherokee County parents from rallying against it, barraging the district with form letters.

Someone from the area even sent a letter to Ms Lewis’s old district, warning that they didn’t want a “Black Yankee” in their schools. People on social media began sharing “sightings” of Ms Lewis, even though she remained in Maryland ahead of the new school year.

Things boiled over at a May 2021 school board meeting. At the mention of Ms Lewsis’s hiring, parents pounded on the windows and screamed “No!”

One speaker, a volunteer for a Republican gubernatorial candidate, accused Ms Lewis of being a racist herself and disgracing the work of Martin Luther King, Jr.

“Embracing the teaching of critical race theory is a slap in the face of Dr. King’s teachings,” Stan Fitzgerald said. “Taxpayer-funded anti-white racism is still exactly that — racism.”

“That cut me so deeply,” Ms Lewis told ProPublica. “It hit the core of who I am as a being.”

At the meeting, the district disavowed its DEI plan and passed a resolution against CRT and the teaching of the 1619 Project, The New York Times’s groundbreaking and controversial project on the centrality of slavery and racism to US history.

That was apparently still not enough for the angry crowd, who began screaming at administrators, with one man vowing to board members, “We’re going to hunt you down!”

The following day, a Cherokee County parent discussed the supposed infiltration of CRT into the district on Fox News.

“I wholeheartedly fell in love with Cherokee County when I came to visit and accepted the position, but somehow, I got caught in the crossfire of lies, misinformation, and accusations which have zero basis,” she told a local paper.

But things didn’t end there. Angry parents tracked her to her next job, a social studies leadership role in Cobb County, one of the state’s larger districts, and again barraged district leaders.

She felt the complaints led her to be sidelined at work, and she resigned again for the second time in one year.

“I did nothing but showed up to work, signed a contract, agreed to do what I was asked to do in the job description,” she told ProPublica. “And yet again, I’m getting attacked.”

Despite being a relatively niche academic concept until a few years ago, CRT has emerged as a bogeyman on the right.

Legislatures in more than 40 states have initiated attempts to ban its teaching, with Republican backers frequently using the CRT label to attack all manners of anti-racist education and frank discussions of racism in US history that proliferated after the 2020 racial reckoning following the murder of George Floyd.

Even as G7 escalates pressure on Russia, PM Modi says talks only way out

Jessica Chastain said she had to find ‘calmness’ when accepting Oscar after Will Smith...

Quick Area - June 28, 2022 0
It’s official: the chaos of last-minute flight cancellations seen in recent months has reached such a fever pitch that the Department for Transport (DfT) and Civil Aviation Authority (CAA) have stepped in, warning...
Read more