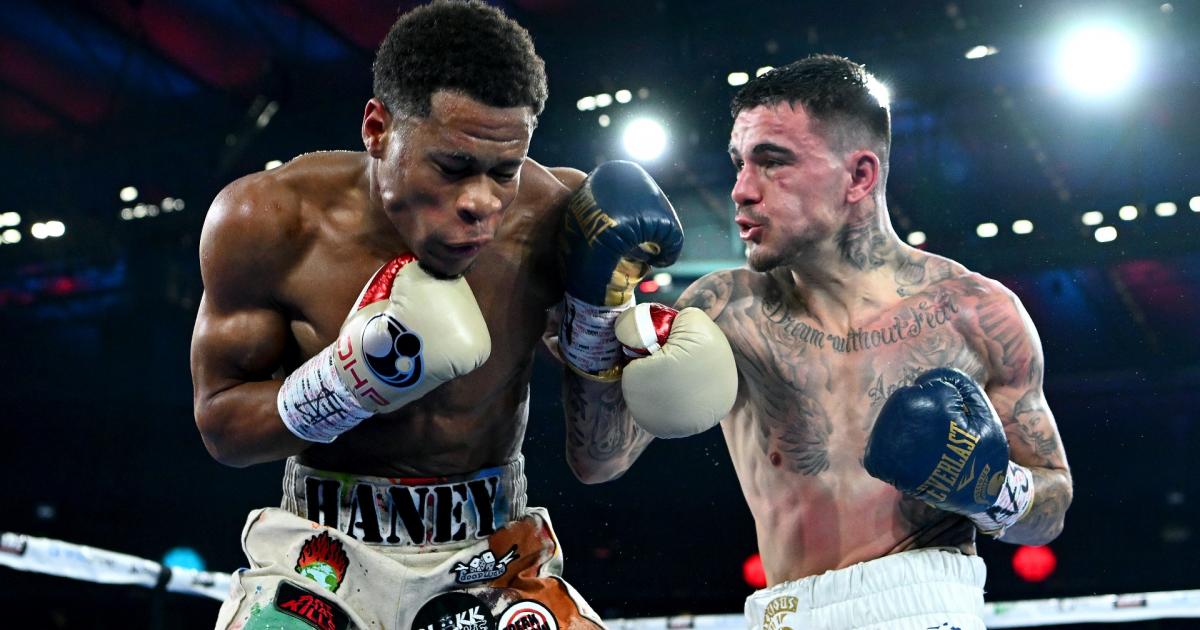 George Kambosos is going into his rematch with Devin Haney with such a focus and drive that he even flagged the possibility of retirement should he lose.

Kambosos’ reign over the 135-lb division was ended in Melbourne on June 5 when Haney claimed a decisive points victory at Marvel Stadium.

A rematch clause in the contract meant, if Haney won, the American would have to defend his belts against Kambosos in Australia.

Speaking at the announcement of the rematch in Melbourne on Tuesday, Kambosos said he will be in a different state of mind come Sunday, October 16th at Rod Laver Arena.

“You will not see me, if I don’t overcome this fight, back in Australia, fighting domestic guys, that’s not me.

“Everything I have, I’ll be putting into that ring and my training and, God willing, I’ll be victorious on October 16th.

“It’s been like that for my whole career… the only time it changed was for the first fight with Haney, in the back of your mind, you do have that rematch clause.

“This is do or die for me – it could be the last time you ever see Kambosos, or I get all the belts back.”

Kambosos will be a significant underdog this time around, although, as he proved when he defeated Lopez to become champion, he’s more than happy to cause a boilover.

Get knockout value on boxing with Palmerbet.

The Sydneysider also sent a not-so-subtle message to the officials after Haney was able to successfully evade most of Kambosos’ attacks in the first bout.

“I just hope for the fans that we give a good fight, we give an action fight, not a fight where there’s a lot of holding and less action,” Kambosos said.

“My momentum was never able to let go. I’m not going to take it away from Devin, fantastic win, he’s a man of his word, him and his father will come back and give me a shot like I gave them a shot.

“The fans pay a lot of money for a good action fight so I just hope that this referee does justice for the fight and lets the fight go the way it’s meant to be.”

Haney also appeared at Tuesday’s press conference, via video link from the US.

The 23-year-old, who will be putting his IBF, WBC, WBO, WBA, WBA (Super) and The Ring lightweight world titles on the line, said he’s hoping to put an exclamation point on the fight this time around.

“After the last fight, we haven’t stopped working,” Haney said.

“We’ve been critiquing our performance and we’re going to come in even better this time around.

“I put on a great performance for what George Kambosos brought to the table but this fight, I feel like it will be even better because I know George is going to come to fight, he’s going to give it his all, even more than he did the first time.

“It will be better this time around for me.”

Get exclusive access to pre-sale tickets on Thursday, August 25 here.

General sale tickets are due to go on sale here on Friday, August 26.

Corporate packages are available to purchase through VIP Now here.