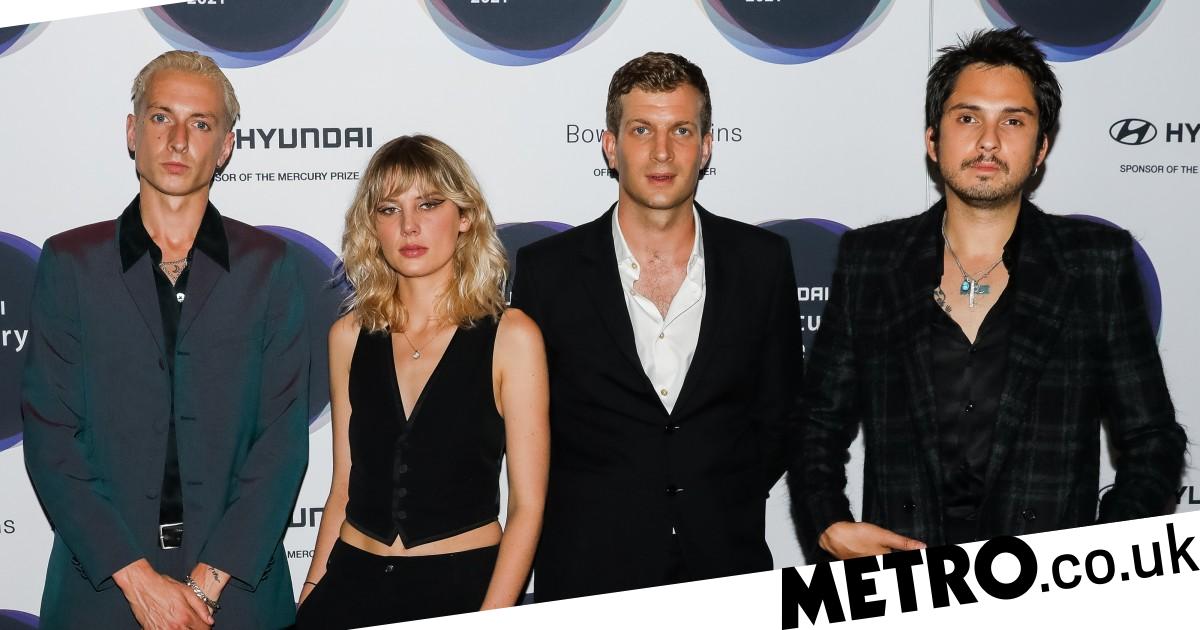 Even Glastonbury performers aren’t exempt from the travel chaos as Wolf Alice are desperately trying to make their way over to the UK from the US after their flight was cancelled last minute.

This year’s Glasto has just kicked off at Somerset’s Worthy Farm, with Sir Paul McCartney, Kendrick Lamar and Billie Eilish set to headline the jam-packed weekend of music.

Wolf Alice are scheduled to perform at 4:45pm on the Pyramid Stage so, naturally, being stranded in America isn’t exactly the kind of problem they’d like to have right now.

The Don’t Delete The Kisses hitmakers sent their SOS message via Twitter, writing from the band’s official account: ‘Has anyone got a private jet in La?

‘Our flights been cancelled and we need to get to glastonbury not joking.’

The band’s bassist, Theo Ellis, also shared an Instagram story detailing the travel chaos at Los Angeles International Airport, telling his followers: ‘Serious request, everything has been cancelled going out of LAX, we are in desperate need of a flight tonight. Anyone got a private jet?

‘Lol but really not. Tryna get to a Pyramid style stage.’

The group even reached out to British Airways for help and, surprisingly, they just might come to the band’s rescue.

‘@British_Airways is there anyway to get us to England from La before we are supposed to play glastonbury on Friday afternoon our flight has been cancelled :(,’ they wrote.

Phil GW, who is handling the airline’s social media account, kindly replied: ‘I’m sorry your flight has been cancelled. Please DM us your booking details, and we’ll see what we can do for you. PhilGW.’

The band responded: ‘Thank you! Have messaged you x.’

Hopefully BA will become their knight in shining armour as the band have less than 24 hours to make it to the main stage.

Wolf Alice, an English alternative rock group, travelled over to the US to support Bleachers at their tour show on Monday, and then Halsey the following night.

The group aren’t the only acts whose Glastonbury sets have been thrown into chaos as The Damned were forced to cancel their performance following Covid positive tests, while the Chemical Brothers and rumoured Glasto performer George Ezra may have to give it a skip for health reasons.


MORE : George Ezra forced to cancel gig due to laryngitis ahead of rumoured Glastonbury slot