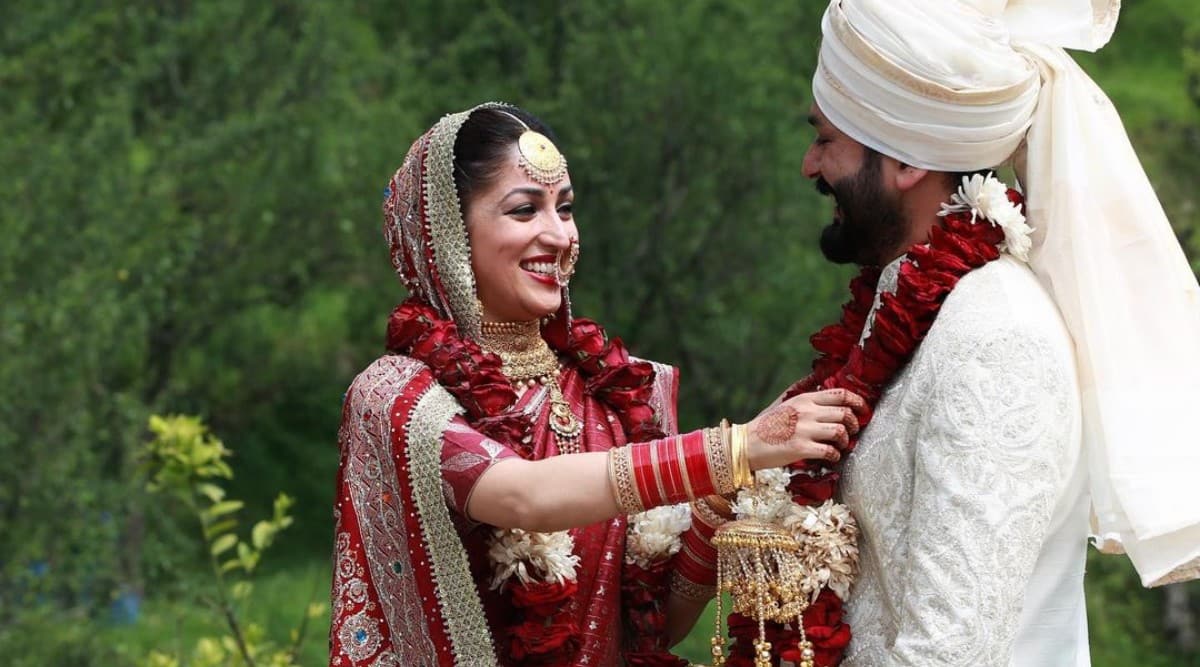 Filmmaker Aditya Dhar and actor Yami Gautam shared an unseen video from their wedding on their first wedding anniversary. The duo had an intimate wedding ceremony on June 4, 2021, in Mandi, Himachal Pradesh in the presence of 20 guests.

The video features adorable moments from their wedding rituals where the couple beamed with happiness. The video concluded with the words, “Thank you for being in my life. Happy anniversary.”

Aditya, who won a National Award for his 2019 film Uri: The Surgical Strike, captioned the video, “For all you do, for who you are, I will be forever grateful you are in my life. Happy 1st Anniversary! ❤️” Yami shared the same video with the same caption as she wished Aditya on their wedding anniversary.

Yami Gautam and Aditya Dhar worked together on Uri: The Surgical Strike.

For her wedding, the Bala star wore her mother’s sari, a nose ring and a dupatta given by her grandmother. She did her own make-up and had her sister, Surilie, do her hair. Yami, had earlier told PTI that she and Aditya didn’t feel any obligation for “pomp and show” at their wedding and hence, were comfortable with a traditional and intimate ceremony.

“It’s your day, your family and it’s best when you can celebrate it without making it an obligation. Both of us don’t believe in pomp and show. To each his own, it’s your big day, whatever makes you happy. But we don’t like wastage of food, and never wanted a DJ wedding. We are both traditional, we did our rituals which we loved. We played traditional Pahadi and Kashmiri songs, Punjabi folk tracks… There were just 20 people but it was really memorable,” the actor had said.

On the work front, Yami has OMG 2 and Lost in her kitty. Aditya has The Immortal Ashwatthama, starring Vicky Kaushal in the pipeline.