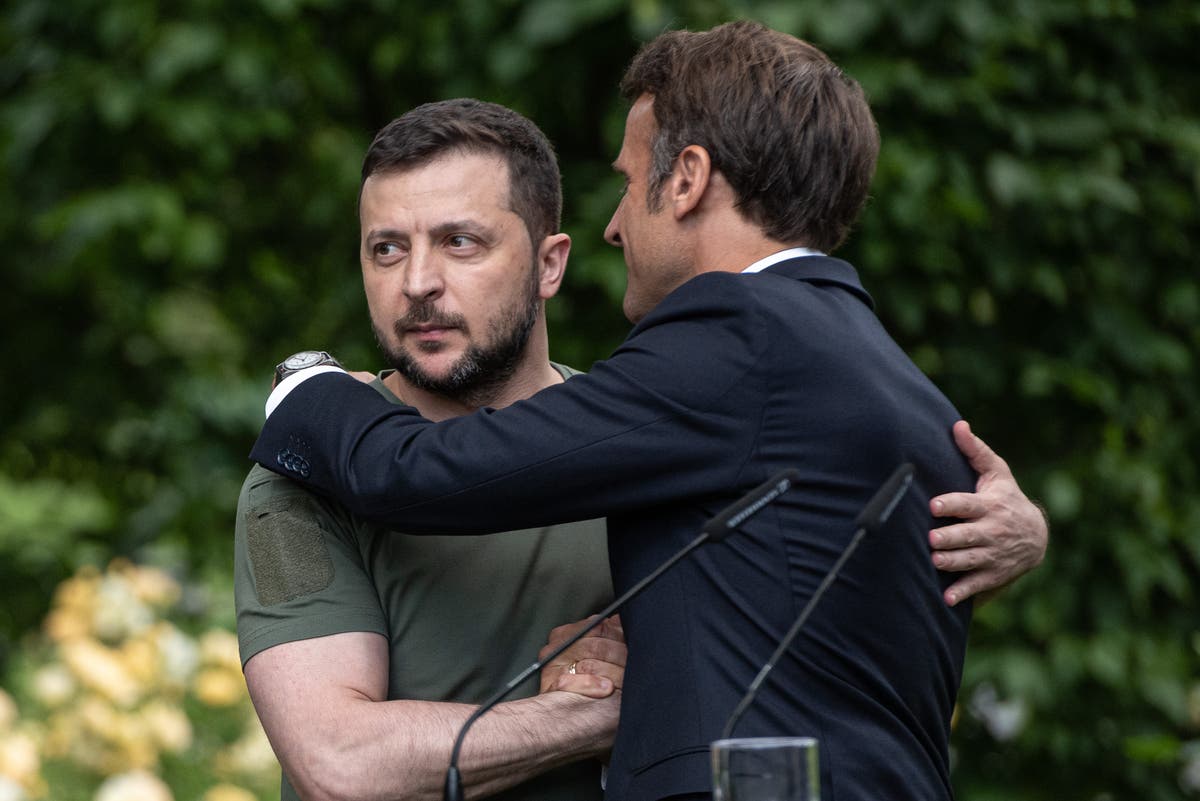 At first he was an actor and comedian, then a president, then a wartime leader – and now a style icon.

The meeting between Ukrainian president Volodymyr Zelensky and EU leaders on Thursday has prompted yet another outpouring of praise for the wartime leader’s poise and stylish dress sense.

In the weeks leading up to Russia’s invasion of Ukraine, Mr Zelensky would often wear a suit himself, but has ditched the formal attire for simplicity, earning praise for his paired-back look.

One admirer on social media said they had “never seen such a cool president” and that he looked like “GI Joe” stood next to all the world leaders.

Another person said that Mr Zelensky’s T-shirt was “way too cool” and he was wearing an “iconic shirt”.

In another picture Mr Macron can be spotted going in for a hug with the Ukrainian president. However, a steely Mr Zelensky does not fully embrace the French president as he stares down the camera.

A number of Twitter users praised Mr Zelensky for his “defiant” look in the iconic image, but were less complimentary about the French president.

Rebecca Arnold, senior lecturer in the history of dress at the Courtauld Institute of Art in London, previously told The Independent that his look connects him to the armed forces and that he is “sending a message that he is focused on practical matters”.

“The colour is especially important for this – the garments connect with everyday people, making him part of their struggle, too, but the colour and repetition of these clothes make them a uniform for his leadership and suggest he is ready for action,” she said.

She added: “He’s communicating, therefore, with those around him in government, but importantly, through digital and heritage media, he connects to his country’s people and the wider world. It’s the visual and material equivalent of his words – that the world must be united in action.”